5 Romantic Places to visit in Spain

What makes Spain so romantic? Well, firstly Spain is renowned for being one of the finest countries in the world for wining, dining and romantic strolls. Plus, as a country, it has got everything you could ask for when planning a romantic getaway, whether you go to Galicia, the Basque country, Catalonia or Andalusia, each province of Spain is very different from every other, all with amazing architecture, interesting history, unforgettable sunsets and incredible food.

Although there are many beautiful attractions and locations in Spain, here are our Top 5 locations to visit:

Seville is a beautiful and special place; this is what it makes it the most Spanish romantic city. It’s Spain’s fourth largest city and most popular destination after Barcelona and Madrid. It has a magical ambience, charm, and history. You won’t feel disappointed by choosing this city as a romantic getaway, so start packing! It’s only a few miles away and it is very much worth it. You will understand what we mean when you visit it. 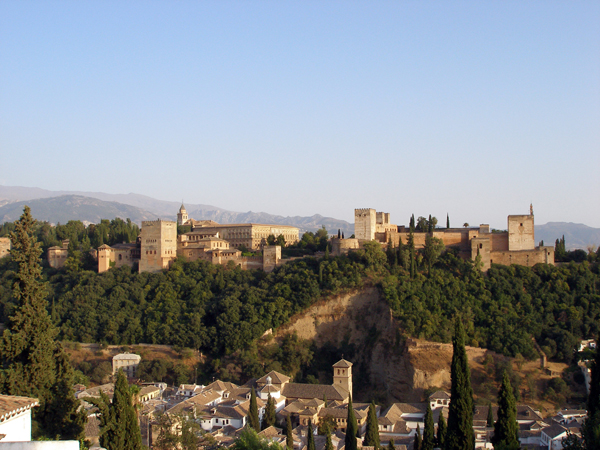 Granada is best known for the Alhambra, a grand, romantic ad sprawling hilltop fortress complex encompassing royal palaces, serene patios and reflecting pools from the Nasrid dynasty, as well as the fountains and orchards of the Generalife gardens. Once you’ve been immersed in the culture of the city, you can relax why having a caña with a free (yes, free!) tapa with your beer.

Salamanca is a UNESCO World Heritage Centre, known as well for its prestigious university; this city in north-western Spain keeps a great/proper castellan essence that makes it unique and romantic. Can’t be missed: The Plaza Mayor illumination. You can hear the people gasp as the square lights up!
In a nutshell: Universal, magnificent, wise, young and romantic. 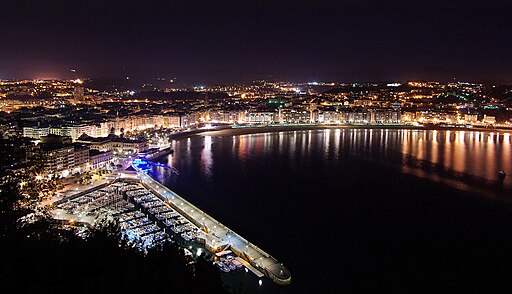 Another northern Spanish city on our list. This is the perfect destination for Spanish food lovers as San Sebastián frequently tops lists of the world’s best places to eat so you can’t miss its vibrant pintxo* bars pairing local wines with bite-size regional specialities. Don’t forget a romantic stroll through this sophisticated coastal gem, the Bay of La Concha.

Cordoba, in the centre of Andalucía, can span 15 centuries in a 30 minutes stroll as it is a great place for exploring on foot or by bicycle, staying and eating well in old buildings centred on verdant patios, diving into old wine bars, and feeling millennia of history at every turn. It’s best known for La Mezquita, an immense mosque dating to 600 C.E, although it offers a mix of Roman, Muslim and Spanish/Andalusian culture. The city is a romantic maze of tiny streets, alleys and courtyards where you can get lost.